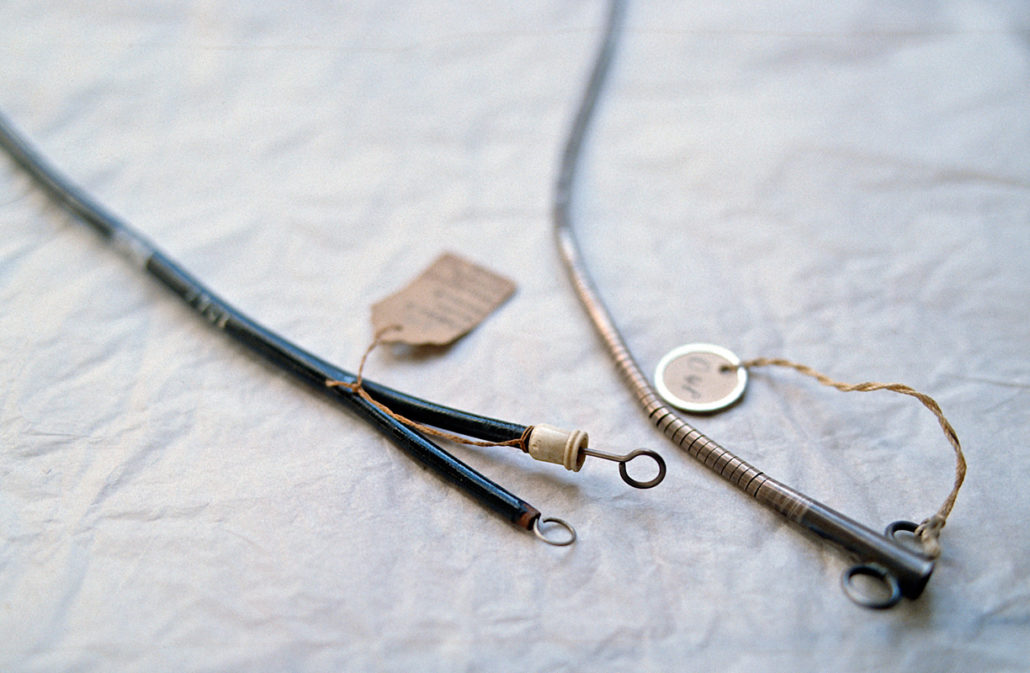 Catheters, as we know them, are high-tech medical devices used in specific medical settings. These highly specialized tools are now available in all hospitals across the country, where doctors use them to treat a variety of medical conditions. The catheter industry is constantly evolving, and now there are tens of types of catheters, depending on patients’ needs, but you’ll be surprised to learn that catheters are far from being a modern invention. As a matter of fact, the idea of using a tube-shaped device to drain liquids has been around for millennia.

The oldest catheters were found in various archaeological sites across the Middle East, and were dated as being made over 5,000 years ago. Archaeological data shows that they were used by ancient Syrians to drain bodily fluids. Made of hollow reeds or other straw plants, they were found in clusters, indicating that there were specialized buildings where they were commonly used, namely ancient hospitals or care homes. Additional studies suggest that the hollowed-out reeds were also used as syringes or similar puncture devices for surgical interventions.

In the following centuries, catheters were made of brass, copper, silver, lead or even gold. Precious metals were often employed because of their unique antiseptic properties. Also, silver and gold are particularly malleable metals, thus greatly facilitating the catheter production process. This made catheters available during late antiquity across many urban centers, particularly in ancient Greece and Rome.

Although metal catheters were used successfully, the limited flexibility caused pain and discomfort for patients. A new material had to be developed to revolutionize the catheter. The first flexible catheter was designed and built by Benjamin Franklin, one of the forefathers of the United States, while trying to cure his brother, John. His design was a major step forward, allowing a better insertion and manipulation, greatly improving comfort, particularly for long term use.

New materials in the catheter industry were available only in the mid-1700s, but with very limited success. Rubber catheters, to be more specific, were the first catheters made of non-metals in the last 4,000 years, but this new material had its shortcomings. Natural rubber, although easy to mold into shape and extremely flexible, is very unreliable. When warm, it weakens; if cold, it becomes brittle, leaving debris. If inserted in the body or urethra, the body temperature made it disintegrate, leaving small pieces behind, ultimately causing life-threatening infections. Because of these shortcomings, the use of rubber catheters was extremely limited.

By the early 1800s, Charles Goodyear developed the concept of rubber vulcanization, a process through which rubber becomes durable, resistant and elastic. The new technology was patented in 1844 by Thomas Hancock, revolutionizing the rubber industry. In just a few years, rubber was used successfully in the mass production of catheters and other related products. By the late 1850s, rubber catheters were available in every hospital across the country. In just a few decades, catheters became some of the most used medical devices in health care. Also, during this period, catheters became even more specialized, depending on their use. New types of catheters, like coude catheters, or Foley catheters were developed during this period.

In the 20th century, mainly during the 1920s, a new material came into use as an alternative to rubber. Latex, a new type of natural rubber (more specifically, an emulsion of polymer micro particles produced by certain plants) quickly replaced vulcanized rubber, as a better, more flexible, elastic and durable material for catheters and other medical devices. The new material was cheap, easy to manufacture, mold into shape and very maneuverable in medical settings.

While catheterization was widespread and safe, the risk of infections was somewhat high, particularly during surgeries or in remote, poorer areas of the world. To reduce the risk of infections related to catheterization, a new procedure had to be developed. The onset of the Second World War revolutionized the catheter again: the sterile catheter was developed by Sir Ludwig Guttman, a British neurologist. Guttman noticed that a lot of veterans coming back from the front lines needed catheterization and infections were common, given the unsanitary conditions in army hospitals. He designed simple catheters, meant to be used only one time (one-time use) and made sure to distribute it in army hospitals across the country. The new catheters drastically reduced the number of infections among British troops and the new catheters were quickly adopted in other countries after the war.

Starting with the 1960s and 1970s, other materials became popular. Most of the newer materials are plastics, and include PVC (poly-vinyl-chloride), polyethylene, polypropylene, but also silicone based. The catheter technology expanded greatly in the last decades. Nowadays, there are endless types of catheters, of all sizes, brands or materials. Catheters come in various lengths for both men and women, and include pre-lubricated, closed systems, hydrophilic or pediatric models.